A swift kick to the curb for new Suzuki economy car


I have often been accused of testing expensive fantasy cars that perhaps only a few can own. Not that I'm going to give up testing these exotic sports cars, but I do listen and for those who have asked me to test an econo-box, here it is.

Looking at it from any angle, it does suggest this is a toaster on wheels. Not that there is anything wrong with toasters, they are appliances of convenience, just like a car. However, people talk enthusiastically about good cars, yet no matter what kind of toaster you own, its hardly likely you'll talk about it among your mates. 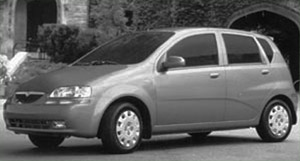 Not that Suzuki can't design attractive cars either, after all, just look at the Swift they sell in Europe and Asia, it's simply beautiful. If the rumour mill is correct, we will get the European version of the Swift on sale here in a year or so.

So, how about the rest of the car you ask, is it any good?

Only one way to find out, let's drive. You get in via very thin doors, and place yourself on decently padded seats. I like the layout of the interior, it looks fine and everything is placed where you'd want it to be. An odd touch, you control the driver-side rearview mirror via a plastic knob, yet on the car I tested, the passenger-side rearview mirror was controlled electronically! Why not make both power operated? Maybe by eliminating one electric motor, they have gained some advantage with getting some sort of ideal power to weight ratio. Perhaps that's why they used thin sound insulation as well.

OK, perhaps I'm being harsh; I do realize this car is made to a price, and I should seek out what it offers.

It does offer decent room for a young family. Sure, legroom in the back is not palatial, but what would you expect from a car of this size? I was, however, expecting a bigger trunk. I used to own a Hyundai Accent, and it had a much larger trunk, so I know it can be done.

On the plus side, the stereo wasn't bad, and it has a useful pocket on the door that can be used to place parking cards or business cards. Plus it had what I say should be essential on all small cars, and that is cruise control. You see, since small cars have tweedy engines, they are quite uncomfortable on the highway since you have to work very hard to keep them on high speeds. Setting the cruise control means you can relax, sort of.

You see, it isn't easy to relax in a car that only has a 1.6 litre, inline four-cylinder engine, that produces 107 lb/ft of torque and 103 hp. Make those noisy, harsh horses when you push it hard. But that's okay, I didn't expect this to be a performance car; I did expect it to be a very fuel-efficient car, and it didn't quite live up to my expectations. It has a 45-litre fuel tank, and I thought that should be good enough to take me 600 km. Sadly, the tank was almost bone dry at just under 400 km. That is quite bad. I can understand some of its shortfalls, but what is supposed to be a real selling point in a car like this, in reality is far from impressive. I know the figures energy guide has published, and those are not bad, but in real driving conditions, it didn't quite live up to them.

So, it is not the best car in its class, which is sad, because I have always had a soft spot for Suzukis and was hoping it would be a winner.