Volvo is a name most people associate with safety, comfort and reliability, but not with style and passion. This became crystal clear to me the last time I had a conversation with some of my non-car industry friends. These friends said no matter how good the cars might be, just the name Volvo puts them off, just like one day owning a minivan puts them off.

I didn't agree, because I have had fun in Volvos in the past. However, I had not driven a new Volvo in years, so I wanted to see what the cars are like now. 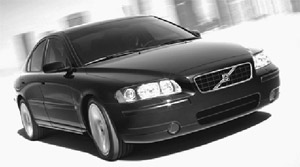 The car I tested was not one that would ordinarily stir your soul, but would definitely give you an idea of what a current mainstream Volvo is.

Now that we've taken care of that, let's look closely at the car. The S60 has been around for a few years, but time has not diminished its looks. I think it looks as good as it did when it was born, and that should come as no surprise since it was designed by Peter Horbury.

Horbury is one of the best automotive designers around, and a great guy to boot. I met him a few years back in Detroit, and it was great fun chatting to him about car designs. Trust me, he understands design language and brand identity a lot better than you and I do. Horbury is now a design director at Ford (Ford owns Volvo by the way), so no prizes for guessing why the new Ford models look as good as they do.

I like the way the car's exterior looks, but the interior is another matter. Not that there is anything wrong with it in terms of quality or fit and finish, it just looks dull. It is a sea of black and it needs to be livened up. Other than that the interior is a comfortable place for all its occupants, all the controls are within easy reach and the stereo was phenomenal. This is the sort of car you would want to drive on a trip out of town.

However, this is not the car you would want if you park in tight spaces. This car has the most horrendous turning circle I have come across since the last time I drove a Volvo (a C70 convertible in the summer of 1999). You really need to plan your turning before you attempt it.

No such complaints on the highway though. This car sits squarely on the road giving you confidence, and in dry conditions it handles well.

However, despite my test car having winter tires, its grip on snow and ice was not as confidence inspiring as I had hoped. Having recently driven some Subaru and Audi products in such conditions, I felt the Volvo AWD system wasn't quite as good as it could have been. Same with the brakes; they're not the best in its class and could do with some improvements.

That said, it isn't in any way dangerous, and its performance at most times is quite impressive. For performance, this car's 2.5 litre, five-cylinder engine produces 208 hp and 236 lb/ft of torque, thanks to the turbo-charger. That engine is mated to a five-speed automatic gearbox, that also allows for manual gear selection. The transmission is smooth and responsive, and despite the size and the power of the car it is actually quite good on fuel economy.

Despite its ups and downs I like this car. Really, I like it a lot. It has that indefinable quality that we like to refer to as “the X-factor”. I can't say what it is but this car has it. It feels good and I felt at home driving this car. I can also see myself owning the car. Yes it is that satisfying.
From a base price of $40,995 to $50,370 for one equipped like the one I tested, to the fire-breathing S60R version at $61,495, Volvo offers you a good car for the money.
So no matter how deep your wallet is, you'll find an S60 to fit your garage. If I could afford to keep one in my garage, I would.

According to my friends, Volvo's are not cool, but that is just fine by me. They don't know what their missing out on.