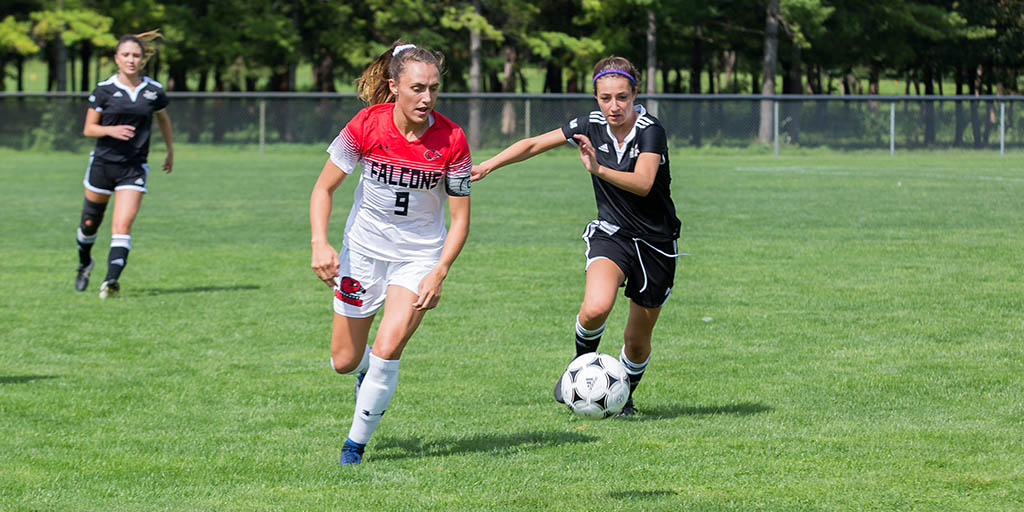 Going into just her second year with the Falcons, Jade Kovacevic has made quite the name for herself, breaking countless records both for Fanshawe's soccer program and the OCAA.

These are just a few of the words that fans used to describe striker Jade Kovacevic during a match on Sept. 24 against the Redeemer Royals where she continued to display her goal scoring abilities.

Despite an impressive amount of attention focused on her, the talented player shines with fantastic performances, one after the other.

Recruited just last year in the 2016-2017 season, Kovacevic, a second year business marketing student, has managed to make quite the name for herself.

In her first year with the Falcons, Kovacevic managed to break two records and tie one.

The first record she broke was for goals in a season; on Sept. 30, just a few games into the season, Kovacevic scored against the Lambton Lions to give her a count of 14 goals.

The previous record was set by Melanie Moulton in the 1997-1998 season.

Just two weeks later, Kovacevic broke the Ontario Colleges Athletic Association (OCAA) record for goals in a season. It was during another game versus the Lions when she netted a pair taking her record to 22 goals.

Before the season could end, Kovacevic went on to get her name on yet another record’s list, tying Melanie Moulton for Fanshawe career goals scoring record at 26 goals.

She was rewarded for her athletic prowess at the year-end athletic banquet where she picked up Fanshawe’s Female Athlete of the Year; she was also awarded the OCAA Woman’s Soccer Player of the Year.

“I think it was a great accomplishment for myself, and for the team because we were a strong dynamic group,” Kovacevic said. “They are responsible for those awards just as much as me because it was a team effort all around and we accomplished something great.”

And with a new season, Kovacevic is picking up where she left off, breaking another record.

On Sept. 14, just two games into Kovacevic’s second season with the Falcons, she managed to become Fanshawe women’s soccer career goal leader after scoring six goals in Fanshawe’s 10-0 win over the Royals.

This also broke the record for Fanshawe’s most goals in a single game.

“Jade is a remarkable talent,” said Mike Marcoccia, the new head coach for the female varsity soccer team. “She is an intelligent player who understands how to succeed against tough opposition. Her performance this season has been great. She is the team captain so she must lead by example each game, which she does.”

This sentiment was mirrored by teammate Selina Roberts. “She’s aggressive and she’s furious.”

The team itself is on a roll being undefeated in the season so far. Kovacevic is a strong athlete, but the team surrounding her helps amplify her skills.

The talk of Kovacevic’s previous impressive season will be overshadowed by her guaranteed future record setting. After Sept. 24’s game, Kovacevic has 14 goals to her name and if she keeps up at this pace, she’ll tie her own record or just re-break it altogether.

Kovacevic was a former Canadian national team player from 2010-2012. During this time, she participated in the FIFA U-17 World Cup in Trinidad and Tobago and the FIFA U-20 World Cup in Japan. Before this, she attended Louisiana State University and played NCAA (National Collegiate Athletics Association) Division One soccer.

“The NCAA and national programs both helped me in different ways, both [on the] tactical side and the physical and dynamic side,” Kovacevic said. “Both [were] great experiences and ones to say I was lucky to be a part of.”

In addition to her extensive soccer background, Kovacevic credits her FC London coach, who is also now her coach at Fanshawe, Marcoccia, for helping her develop the skills necessary to break all these records.

According to Kovacevic, he took their team, who were a group of “underdogs” and helped them win everything.

“I learned so much, probably the most I have in my career working with him over the past year and a half,” Kovacevic said. “I credit a huge part of my success to him because of the dedication he showed.”

Kovacevic is, for a lack of a better word, a marvel in the game of soccer, many people have seen her scoring ways first hand and most are left in wonder; all they can say is “wow”.

Some would say she’s one of a kind, others say she’s worked hard to get to where she is, but the only real thing anyone knows for sure is that she has an exciting career ahead of her. 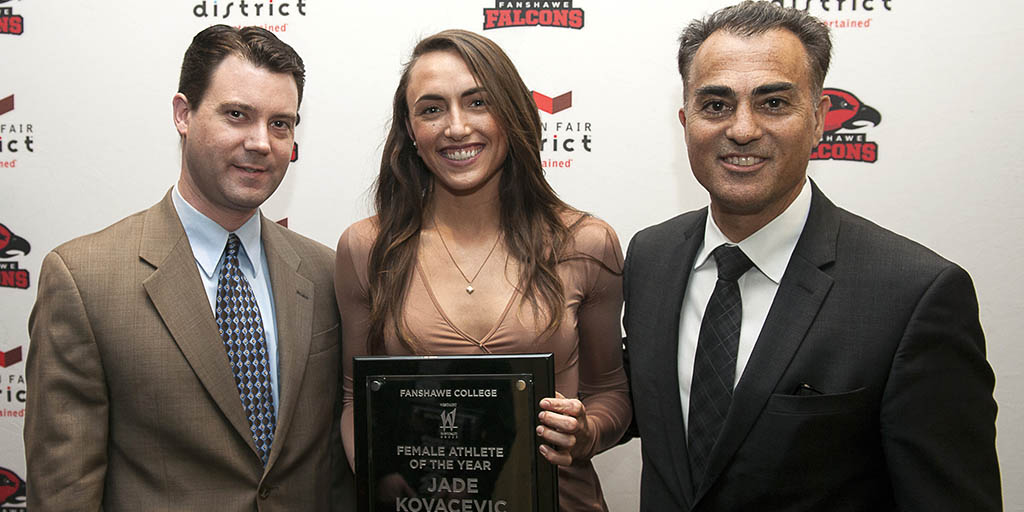