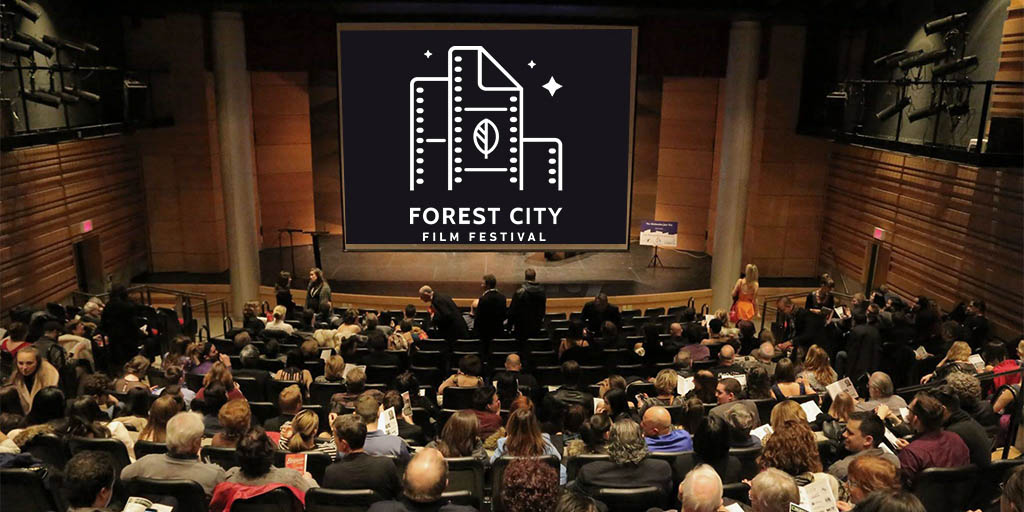 A variety of films with a Southwestern Ontario connection will be showcased at the Wolf Performance Hall during the Forest City Film Festival.

The Forest City Film Festival, which is in its first year, showcases films connected to Southwestern Ontario. There will be 21 official selections in the competition. Six films excluded from the competition will also be showcased.

Dorothy Downs, the executive director, said that she came up with the idea after going with her son to the Raindance Film Festival in London, England. She helped produced his film, which was being showcased. Downs realized that his film, along with other films produced by fellow filmmakers, did not have an opportunity to be seen by most Londoners at a major film festival.

“There was a really strong need for filmmakers from the region to have an opportunity to have their work shown and screened to their own audiences,” she said, adding that people may not be aware of the films being produced in Southwestern Ontario.

After investigating and coming up with these conclusions, Downs then organized the Forest City Film Festival Board of Directors and came up with the idea to honour films made in Southwestern Ontario or by people from the region. She said that in order to be qualified, someone on the artistic team for the film must have spent some time in the region. For example, someone from B.C. could enter if they attended Fanshawe. Downs added that either working in Southwestern Ontario or growing up there also counts.

The films selected for judging are split into the following categories:

The winner of each category earns $500 as their prize. Some of the money collected this year from what Downs referred to as “the door” will be shared with participating filmmakers.

“We felt that it's really important to pay the artists for the work that they do,” Downs said.

Downs said Fanshawe will be sponsoring workshops throughout the weekend. She added that Western University and the Ontario Institute of Audio Recording Technology (OIART) are also sponsoring, and that Western graduates have submitted their work. Downs also said that a Western student is managing the festival's social media.

Romy Goulem, the advanced filmmaking program co-ordinator at Fanshawe, and a member of the Forest City Film Festival Board of Directors, said that the festival is an “inspirational” celebration for those in the area and planning to stay there. “People don't always have to leave the area to get films made.”

“There [are] tons of music festivals, there's lots of art going on. It only makes sense that there would be some sort of film festival,” Goulem said.

He added there are a few films in the competition with Fanshawe ties. Goulem said that I'm Still Embarrassed, The First Hussars, Silencio and Return to Sender were produced by students in the advanced filmmaking program at the time. Alumni of the program produced The Red Spot and A Canadian Metal Adventure. Fanshawe's theatre arts-performance program acted in Return to Sender and Silencio.

Jay McAllister, an advanced filmmaking alumnus from Fanshawe, is now creating films under Men With Kilts Films, a company he co-founded in 2015 with business partner Allister Macel.

Although the pair does not have any films featured in the Forest City Film Festival this year, McAllister still thinks the occasion is a great idea for London, and said that the city should focus on local talent more often.

“Between the animation, and digital art programs, filmmaking and theatre arts programs, we have all the pieces to make great films and plays to draw people to London and show that London is a great and cheaper alternative to shooting in Toronto,” he said.

McAllister said events like the Forest City Film Festival are great places for filmmakers to get their foot in the door. “You make connections in the community and expand your network. There's nowhere better than a festival to do that.”

Downs said that if anything, the Forest City Film Festival offers a variety of unique films by independent filmmakers.

The Forest City Film Festival is from Nov. 11 to Nov. 13. Screenings will be held at the Wolf Performance Hall at the London Public Library's Central Branch. Full weekend passes are $95 and $80 for those with student or senior IDs. Tickets for individual programs range from $8 to $14. Visit forestcityfilmfest.ca for more information and a complete schedule