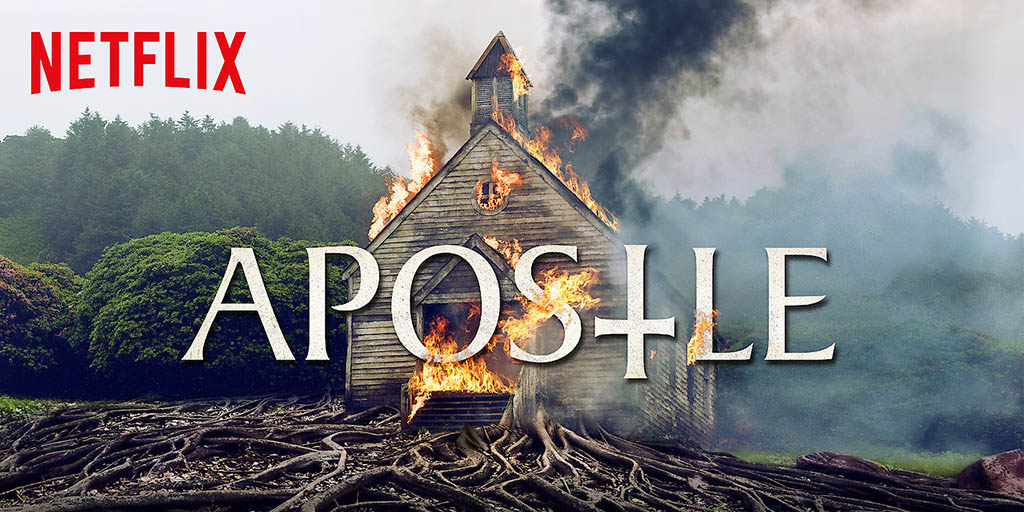 CREDIT: NETFLIX
The Netflix original Apostle is a historical horror movie that has pros and cons, but it's worth checking if you're curious to see how the film slowly unfolds.

One of Netflix's latest original horror movies, Apostle, is a drawn out yet bizarrely intriguing period piece laced with gut wrenching brutalities.

While it isn't scary in the traditional sense (jump scares or chase scenes), it is absolutely terrifying to witness the behaviours of those whose minds get lost in a dangerous cult atmosphere.

Apostle is set back in the early 1900s where a drifter is sent on a search to find his sister who has been captivated by a dangerous, religious cult. On a deserted island where resources are running thin, the clock is ticking for the drifter to rescue his sister before the entire operation implodes. Not only must he face the crazed cult members, but something much more mysterious lies amongst the island's core.

The number one feature of this movie that stood out to me the most was the music. It perfectly complimented every scene and heightened the suspense that much more, all the while making the movie so much more uncomfortable than it already was (visually). The screeching violins, the ominous waves of sounds with a piercing “clink” throughout the film became almost maddening.

What also made Apostle so cringy, were the brutalities themselves, which were appropriately laced throughout the film (it wasn't overdone, so when these scenes happened, they were that much more effective).

Nowadays, everyone has become so numb to gunshots and explosions, so when a film features things like religious “purifications” and “cleansings”, the sight of them is pretty unbearable. What made these killings even more gut wrenching, were the expertly done special effects. Nothing was over the top or corny and the close ups were seamless.

Where Apostle was lacking the most was in the pacing of the movie. The film would introduce very random moments early on in the film that felt completely out of place until you reached the ending (where it then made sense).

Instead of releasing more information about the mystery behind the island throughout the movie, it was all dumped near the end which made it seem like an after thought (even though it is the key differentiator from other cult horrors).

Besides the plot line itself, some of the character development was awkwardly paced as well.

Apostle primarily focused on the drifter and the head of the cult for the majority of the film until the ending when a tertiary character takes the spotlight. Since he was barely seen throughout the movie, when he takes over the end of the film it almost seems out of place.

For those who enjoy a good historical horror or who are fascinated by cult phenomenon, I would highly recommend watching Apostle. However, those who prefer quick and punchy horror flicks, I would definitely avoid this one.

A healthy lifestyle: Expectation versus reality