Anime's inception and journey across the seas 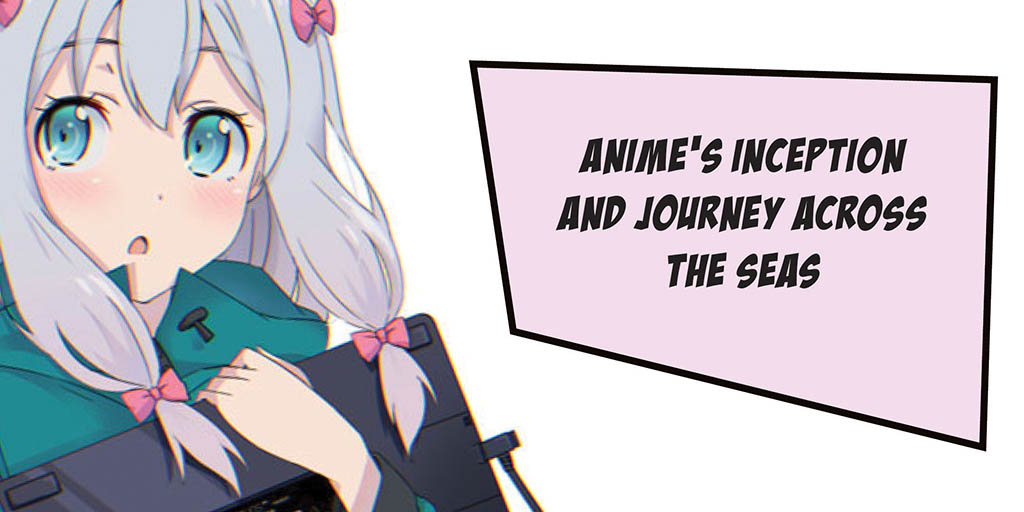 Did you know that “anime” is just a shortened form of animation?

That’s right, in Japan anime means no different to any type of animation produced in America.

So how come anime is considered unalike from normal animations then?

The Year 1917 is the commonly established year for the production of Japanese animations in the country. They began as short films using chalk on a board to draw out the scenes and erasing certain lines for the next action, though soon after animators moved onto making paper cut-outs for stop motion animations. Animation techniques improved around the 1930s as artists took to cel animating, drawing scenes and characters on transparent sheets that made animating more seamless.

The founding of Japan Animated Films in 1948, now known as Toei, set-off the release of Hakujaden (The Tale of the White Serpent), the first feature-length film entirely in color. Three years later brought the film to America. Though not the first Japanese film to come over, it is the one that started to point out the success of Japanese animations to a foreign audience.

The legend of Astro Boy

Osamu Tezuka, known as the “god of manga”, along with the company he founded Mushi Production (Mushi Pro) debut the very first anime TV series that would be recognized as such, Tetsuwan Atom (Astro Boy). Many of the characteristics found in current anime were established in Astro Boy, such as big eyes and impossible to achieve stylized hair. Major success of the series and merchandise for it would lead it to be the first major hit anime series to broadcast outside of Japan.

Astro Boy proved that anime for television was profitable and worth the work, so many studios at the time started to produce different genres of anime. There was robots, to risqué themes to the beginning of magical girls, all these series trying to make a name on TV.

Science fiction had an outstanding growth during the 70s. Uchu Senkan Yamato (Space Battleship Yamato) debuted in 1974 from Group TAC, a space-opera series with a complex story and mature themes. Clearly meant to be darker than normal cartoons, Space Battleship Yamato, was integral to presenting audiences with an alternate view on animations.

With the rise of home video technology, fans were able to get their hands on series they loved and be able to watch them over and over again without the worry of missing a broadcast. This created a perfect setting for “otaku”, a term being passed around for hard-core fans, to gather and share their enthusiasm for anime.

The ‘80s are considered the “golden age” of the anime industry because of the massive boom and interest in what and how animation series were being produced.

The first film of the prestigious Studio Ghibli, Kaze no Tani no Nausicaä (Nausicaä of the Valley of the Wind) debuted then came Akira Toriyama’s famous Dragon Ball series. With the critically acclaimed sci-fi psychological movie, Akira coming out at the end of the year, plus a boom of legal licensing for titles, the end of the 80’s saw the production of many great titles for anime coming overseas.

These are the years of Saturday morning cartoons. The boom of anime begins.

Because of the changes applied to anime when it came to America, viewers a lot of the time did not recognize the Japanese origins of some of the cartoons they were watching. With its portrayal of Japanese school practices and recognizable anime style, Sailor Moon was able to reveal anime’s Japanese origins.

The increase of other recognizable anime came soon after with Pokémon, Digimon and others helping give rise to dedicated time slots on American TV by channels like Toonami (Cartoon Network) and YTV.

Between the times of the turning of the century, anime took another twist on its airing in North America. Cartoon Network started to bring new types of anime without its Adult Swim channel. As the name implies, the program hosted anime with mature adult oriented themes such as Gundam Wing, Outlaw Star and Cowboy Bebop.

When the 2000s came the boom of web users internationally increased. While series of Japanese animations began appearing on the web, becoming more accessible to those in North America.

While Cartoon Network was becoming known as the go-to-spot for anime at night, on both TV and the web, other sites began to make an appearance with their own English subbed titled (subs) anime from American companies such as Crunchyroll.

The birth of simulcasting, where the English subbed episode of an anime releases simultaneously as the original Japanese one, happened in 2008 when the anime publisher GONZO approached Crunchyroll to broadcast two of its series as they came out in Japan, Druaga no To ~the Aegis of URUK~ (Tower of Druaga) and Blassreiter.

Now streaming online and simulcasts have become a universal occurrence for anime. With the addition of simuldubs, where episodes are recorded and published with English voices weekly, the rise of streaming to fans worldwide continues strong.

A lot has happened since 1917. Anime has become a culture that has expanded and grown from a niche of otaku to an international sensation of fans. In the future, there will be even more to learn about in anime’s rich history of storytelling techniques passed down from generations of Japanese animators to those who would take up the torch in the future.
Animation Anime Geek Culture Movies

The history of memes