Canada's discrimination in the hiring process 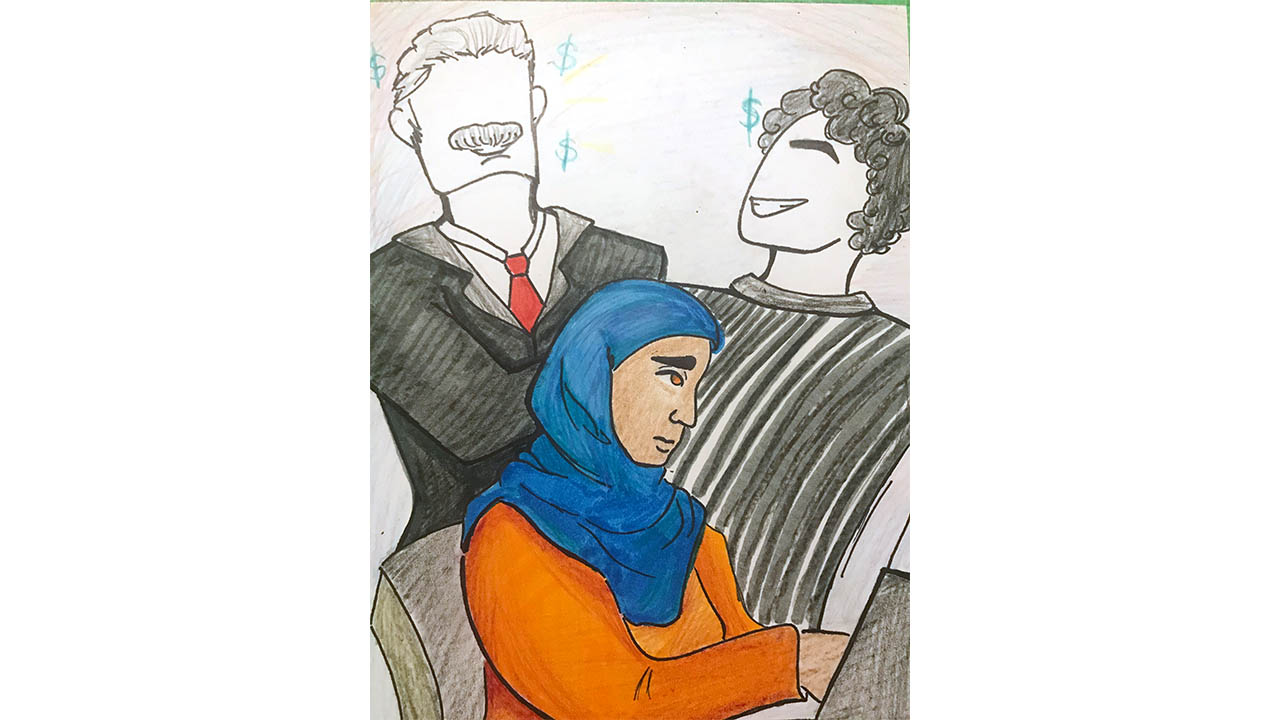 CREDIT: CHEYENNE DOCKSTADER
Opinion: Hiring should be based on a person’s merit and value to the team, not the colour of their skin, country of origin, or if their name is too long or unpronounceable to the employer.

Going into an interview can already be stressful enough without having to think of the colour of your skin, size of your body, gender, or ethnicity as reasons to hold you back. Recent studies show that minorities in Canada face more discrimination problems than those in the United States.

Dr. Eddy Ng, a professor at Dalhousie University, was recently interviewed by CTV news and shared his opinion on the matter. He theorized that the discrimination stems from the belief that specific cultural and ethnic groups are related with certain professions. He said the recent study on discrimination in Canada showed that Black Canadians are “more often wrongly associated with low level jobs, such as janitorial work.”

Another reason for ethnic discrimination when hiring is the appeal to the business. Ng conducted many studies that have shown what is “best for the business” surpasses moral standards when it comes to the decision in hiring.

Unfortunately, even after being hired as a minority, having a diverse workplace becomes a high expense for companies. If there is no “monetary return” then companies will not partake in making inclusion practices, according to Ng. However, if it benefits their business, corporations will not hesitate to add a pride flag, for example, to lure that demographic of customers in.

The article touches on an outdated Employment Equity Act (EEA) that is part of the reason why Canada is very high on the discrimination practices in hiring compared to other countries. The EEA is a federal legislation that only pertains to corporations and businesses that are regulated federally under Canada’s constitution. Therefore, the only places that are enforced to create diverse and inclusive workplaces are three main industries: financial services, telecommunications and transportation.

The best way to fix this problem is to review the EEA more frequently, for example, every five years, as Dr. Ng suggests, as it has only been reviewed once, in 1995 since its creation in 1986.

There are other factors that may seem fair to anyone who reads the requirements to hiring individuals but are in fact discriminatory to many new Canadians. For example, requiring that Canadian experience is mandatory before hire is discriminatory. In truth, it is illegal under The Ontario Human Rights Code.

Many employers believe that people are only fit for a Canadian job if they have previous experience in a Canadian workplace. For this reason, there are many taxi drivers, and bus drivers who are overqualified for their jobs, unable to work in their fields because they simply do not have experience in Canada.

Acquiring the proper credentials to qualify for a job in Canada that is equivalent to the career newcomers had in their previous home countries could take years and not to mention a sizable fortune. However, white-European newcomers are not usually under this category as their experience is not as undervalued, even though non-European immigrants who have nearly identical education and experience are not privy to the same standards. Therein lies the discrimination based on ethnicity right from recruitment process, simply because of country of origin.

According to Retail Insider, 80 per cent of all immigrants to Canada have a post-secondary degree, however, immigrant unemployment rate is almost double than Canadian-born citizens. The insider continues to say that after doing research on recruitment based on applicant names, those with foreign names are less likely to be considered for employment than those without foreign names.

Recruitment should be based on the person’s merit and value they bring to the workplace, not based on the location where they acquired their experience. The insider emphasizes the importance for human resources leaders to take the initiative in creating opportunities for Canadian workers to obtain interviews by complying to the Canadian Human Rights Codes.

Assessing all previous work experience instead of simply following a groundless rule to only hire based on Canadian work experience, should be enforced in order to provide all candidates, no matter where they are from, how they look, what they believe in, a fair chance.
Editorial opinions or comments expressed in this online edition of Interrobang newspaper reflect the views of the writer and are not those of the Interrobang or the Fanshawe Student Union. The Interrobang is published weekly by the Fanshawe Student Union at 1001 Fanshawe College Blvd., P.O. Box 7005, London, Ontario, N5Y 5R6 and distributed through the Fanshawe College community. Letters to the editor are welcome. All letters are subject to editing and should be emailed. All letters must be accompanied by contact information. Letters can also be submitted online by clicking here.
Discrimination Gender Inequality Job Search Racism

1
Considering racism in London by a Pakistani Muslim
2
Gender identity ≠ sex
3
Is this generation job ready?
4
How to write a great cover letter
5
Income inequality and working from home

Coping with mental health on the job hunt