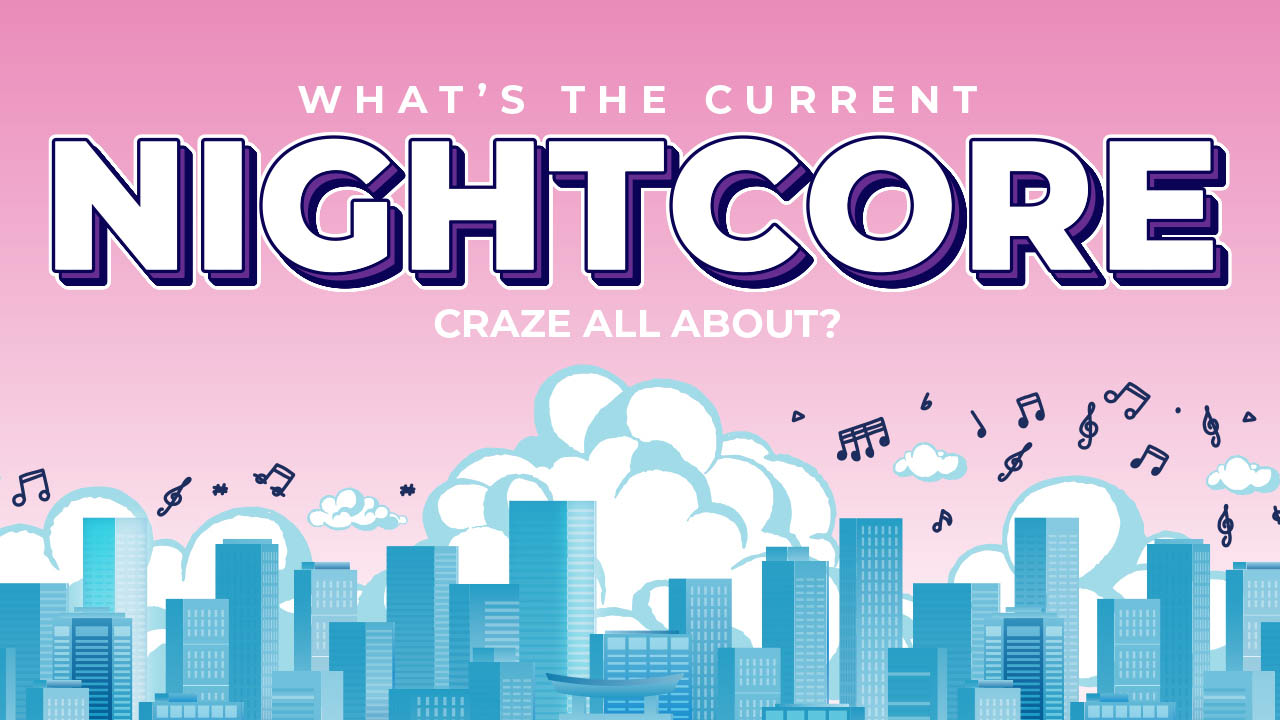 If you are on any social media at all, you’ve probably heard music that’s been sped up just enough to change pitches of voices and make songs a little bit more upbeat. But, this has a name. It’s called nightcore and it’s made a huge comeback recently.

The trend was very big back in 2014. In fact, most of the Nightcore videos or songs you come across were posted around then. It was all the rage to speed up music, whether you knew it was called nightcore or not.

Hanna Bobis is a nightcore fan. She started listening to it, again, in that 2014 era, when it got big.

The term nightcore is derived from a Norwegian musical duo by the same name. They released versions of electronic dance music sped up and pitched higher, in true nightcore fashion. After that, it just caught on and went viral.

“How I found it was just a YouTube recommendation,” said Bobis. “I didn’t search for it myself, it just popped up. Then, of course, the YouTube algorithm gives you more of what you were watching, and then all of a sudden, I’m into nightcore.”

Bobis said while most songs are sped up with a pitch change, some songs also add extra elements, like additional drum beats, to spice up the song.

This added an extra element to her fascination – what can a song sound like as nightcore?

“Kind of like when people play things like jazz or they’ve made metal covers. There’s a nightcore version of it too.”

For her, it brings back memories of when she was younger, incorporates some of her favourite anime characters and shows, and it makes good gaming music, which many other people agree on.

Just like any genre of music, if it’s music you enjoy, it also has a lot of positive benefits.

“The richness of music means that lots of brain areas are engaged and communicating, but many of the benefits we see are from music’s ability to reduce stress and anxiety and boost our mood. Reducing anxiety reduces stress hormones that have a negative effect on the brain, and boosting mood is also good for our brains. Music also is often a social activity, and social interaction keeps our brains active and sharp.”

Grahn also said music can help motivate activity and help tackle physical exercise or tasks that have been on the to-do list for a little while. nightcore falls in this category and could have to do with the increase in energy and beat within the music.

Nightcore is derived from electronic dance music, which is an element of its rise on TikTok recently. Since the app specializes in short videos, whether it be dance or otherwise, it makes the perfect setting for the genre. Many of the nightcore audios are being uploaded to TikTok for dances or funny skit videos, with the speed allowing more of the song to fit in the short time constraints on the app. It also has been featured in many livestream gaming videos, in addition to your regular dance videos. Many streamers have begun playing dance games that feature nightcore music, which makes the game even harder and more fun.

If nightcore piques your interest and you would like to get into it, Bobis offered some advice on how to start.

“Just search Nightcore on YouTube and click on something that looks interesting and just keep going,” said Bobis. “Basically, just let the algorithm take you for the ride. Or if there’s a specific song you’d like, just search the song plus Nightcore.”

There’s no real recipe as to why it’s made a comeback, but if it tickles your brain, enjoy it! As Grahn said, music has a lot of benefits on the brain when you enjoy what you’re listening to.
Music Nightcore Social Media YouTube

1
The future of federal politics in Canada
2
Revitalizing music hits of the past through TikTok
3
The positive effects of music on the mind and soul
4
Will it be another summer of Styles?
5
London Music Venues: Wolf Performance Hall

The resurgence of city pop