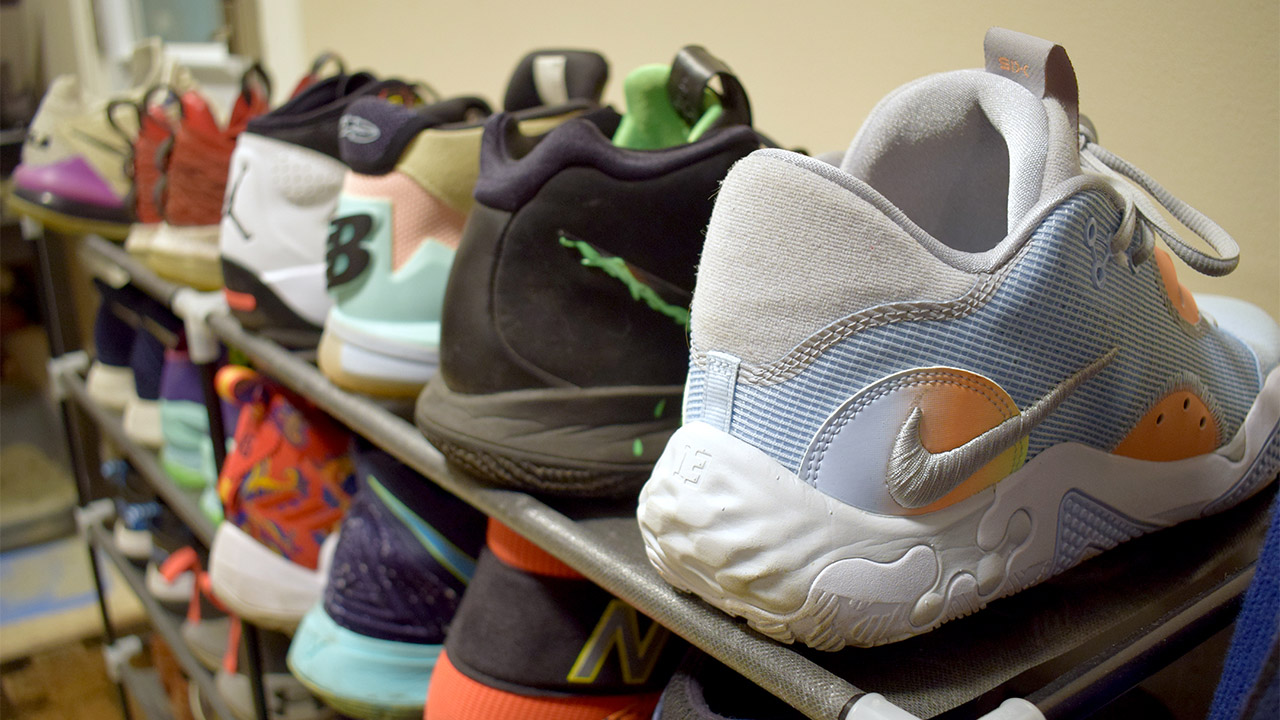 CREDIT: JUSTIN KOEHLER
For many in London, and across the world, sneakers have been finding their place in the art space as well.

It’s hard to think that something worn every single day could ever be considered a work of art. When we think of art, our minds jump to Leonardo da Vinci, Vincent van Gogh, Pablo Picasso, along with all of their historic and priceless works of art.

In those cases, the canvas was their base, but for many in London, and across the world, sneakers have been finding their place in the art space as well.

For many, sneakers as we really know them, find their influence in the NBA. It all really took off with the Nike Air Ship, predominantly worn by Michael Jordan up to 1984. This shoe, which caused a lot of controversy due to the red and black colourway going against the league’s uniform rules, is best known for being the “banned” NBA sneaker.

This of course grew into the full Jordan brand and heavily inspired the most famous sneaker of all time, the Jordan 1. With those sneakers blowing up in popularity, sneakers quickly became the new must-have piece in fashion.

With that, as time began to pass, more and more sneakers were being put on the market. Companies began to make more abstract and colourful shoes, while people began to make their own businesses off of the growth as well.

In 2018, the NBA allowed players to wear sneakers of any colour during games which opened the door for sneaker customizations to become a more sought-after business as players wanted to better express their passions and ideals on the court.

As this new wave of fashion began to spread, more and more athletes, musicians, and artists alike began to pick up on the trend.

“Some artists need stuff to wear on stage, especially the people who go on first for only 10 to 15 minutes,” said London local Paul Watson, who is getting going in the city as a custom sneaker designer. “I’m helping one guy right now with a pair of Vans, because he’s more of a skater, to go on stage and look his best. When the headliners go on after with their full-out custom shoes, we want to try and help them go a little over the top. Make them more recognizable, more identifiable.”

This new form of artistry and expression has given many a new way to create. Artists, designers, sneaker enthusiasts, and more are using this opportunity to get into the industry, no matter the budget.

“I come from working in manufacturing, working with table saws and stuff. I’ll go to thrift stores, buy some used pieces that maybe looked trendy at one point, and either work them up or use them in other pieces as swooshes or fabrics,” said Watson.

Even companies themselves are getting in on the customizations, with businesses offering up more obscure and unique colourways as well as companies like Nike even offering a tool online to customize your own variants of their sneakers.

For many, sneakers have become a way to express yourself every day and to take art with you everywhere you go. Allowing people everywhere to take a great first step out the door every single morning.
Art NBA Running shoes

Answering the greatest musical question of all time